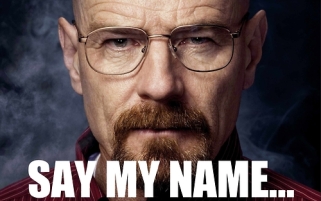 Facts: Mother and Father are the unmarried parents of Child.

Before being discharged from the hospital, when it was time to sign Child’s birth certificate, Mother informed Father that she had decided Child would have her last name. Mother testified she did not make this decision lightly and felt it was in Child’s best interest because of Father’s “erratic behavior.”

Father testified that changing the surname was in Child’s best interests for the following reasons:

Because it reflects his heritage on both sides. His whole name would have been essentially reflecting his heritage on both sides. A first and middle name that came from his mother, the last name that — that comes from his father. It’s not so much about tradition, as I’m afraid a lot of people want to push in these cases. It’s about balance. And I firmly believe that in any instance where it’s possible, there should be reasonable balance for a child, in a child’s life, and I think that this would create that. I think this would cement that in a lot of ways.

After a hearing, the trial court found that Father, as the parent seeking to change Child’s surname, failed to prove that changing Child’s last name will further Child’s best interests.

Tennessee Code Annotated § 68-3-305(b)(1) establishes that the birth certificate of a child born to an unmarried mother shall reflect the mother’s surname or the mother’s maiden surname unless both parents have requested otherwise. Moreover, the child’s surname is not changed following a legitimation or paternity proceeding unless so ordered by the court.

Tennessee law provides that a child’s surname should not be changed unless the change promotes the child’s best interests. Among the criteria for determining whether changing a child’s surname will be in the child’s best interests are: (1) the child’s preference, (2) the change’s potential effect on the child’s relationship with each parent (3) the length of time the child has had its present surname, (4) the degree of community respect associated with the present and proposed surname, and (5) the difficulty, harassment, or embarrassment that the child may experience from bearing either its present or its proposed surname.

The parent seeking to change the child’s last name has the burden of proving that the change will further the child’s best interests.

After reviewing the record, the Court concluded:

Based on the foregoing, we agree with the [trial] court’s determination that “Father’s proffered reasons to change the child’s surname do not amount to his carrying the burden of proof by a preponderance of the evidence” that changing the child’s surname to his surname is in the child’s best interests.

K.O.’s Comment: Compare this result with that of Connor v. King, where the trial court ordered the child’s surname to be hyphenated to include the father’s last name because it would “affirm [the child’s] bond” with the father, or In re A.M.K., where the child’s hyphenated surname was upheld so the child could share the name of both families. Those cases will provide some guidance to lawyers and litigants seeking to change a child’s last name.

3 People reacted on this