Facts: This isn’t exactly a Date From Hell, but it’s still a pretty good read.

Man and Woman met via the dating website Match.com in May 2012. They dated for a few months. In August, Man agreed to pick up Woman and her young daughter at the airport as they returned from vacation. Unable to reach Man to confirm that he could pick them up, Woman had another male friend come to the airport instead. When Woman arrived at the airport, Man was there. According to Woman, Man was infuriated that she had someone else come to pick her up. Woman testified that Man grabbed her and threw her suitcase and insisted that she go with him. Woman and her daughter rode home with Woman’s other male friend. Later, Man called, emailed, and sent text messages to Woman. 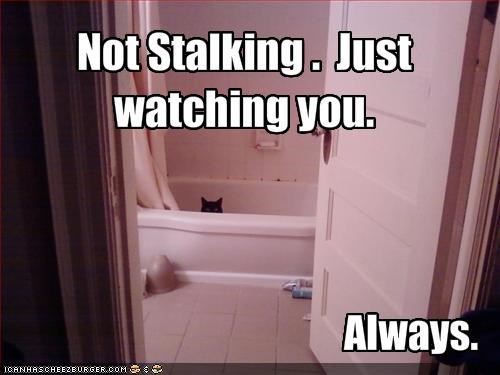 A week later, Man insisted that Woman have lunch with him so he could apologize. Afterwards, Woman started to leave to go see a movie with her daughter. Woman testified that Man began screaming and shouting at her. Woman testified that she was scared by this behavior. At this point, Woman told Man to leave her alone. Later that same night, Man appeared at Woman’s home uninvited and knocked on her door. Woman told Man through a window that it was too late for visitors and she was putting her child to bed. Woman testified that Man stayed outside for hours. When Woman checked outside to see if Man was gone, Man tried to gain entry into the house.

The following day, Man sent Woman an email that stated in part: “I really am [f**cking] crazy and unstable looking to you. Boy, I must scare you to death. I will not stalk or wish anymore….”

Later in August, Man sent Woman flowers and a note that said: “I know I should not be doing this because it may make you feel uncomfortable and I know you said bye. But I saw these and thought of you. Please have good memories of me.” Man sent more flowers and another note to Woman that read: “Dear [Woman], I wanted you to know that the ‘Good [Man]’ loved doing nice things for you. Happy Labor Day to you and [your daughter]. Sincerely, ‘Good [Man].’ P.S. ‘Good [Man]’ will make sure that ‘Bad [Man]’ doesn’t stalk.”

On September 8, in response to an email from Man, Woman emailed the following: “Please stop emailing me your thoughts…please find someone else….” Nonetheless, Man sent another email a few hours later.

On September 14, Man showed up again at Woman’s home. Woman stated that she told him she did not have anything to say to him. Eventually, Man tried to open the door himself. Woman called the police, who then arrested Man. Woman testified that she feared for her safety as a result of Man’s behavior. On September 18, 2012, Woman filed her petition for an order of protection.

At the hearing, Man testified that Woman actually wanted to discuss her pending divorce with him, noting that Woman contacted him following the date she demanded he leave her alone. Regarding the references to stalking in his emails, Man testified that this stemmed from an inside joke between the two. Man stated that he never intended to stalk Woman.

The trial court found that Man had stalked Woman and granted Woman’s petition for an order of protection. Man appealed.

A petitioner seeking an order of protection must prove, by a preponderance of the evidence, an allegation of domestic abuse, stalking, or sexual assault.

[A]ny contact with another person that is initiated or continued without that person’s consent, or in disregard of that person’s expressed desire that the contact be avoided or discontinued. Unconsented contact includes, but is not limited to, any of the following:
(A) Following or appearing within the sight of that person;
(B) Approaching or confronting that person in a public place or on private property;
(C) Appearing at that person’s workplace or residence;
(D) Entering onto or remaining on property owned, leased, or occupied by that person;
(E) Contacting that person by telephone;
(F) Sending mail or electronic communications to that person; or
(G) Placing an object on, or delivering an object to, property owned, leased, or occupied by that person.

After reviewing the record, the Court reasoned:

We cannot assume from the fact that [Woman] continued communications of some unknown content with [Man] that she withdrew her earlier demand that he leave her alone. There is a distinction to be had between replying to a communication and initiating a round of communications. [Woman] need not have been utterly silent in the face of [Man’s] repeated contacts to render his behavior stalking under the statute for purposes of seeking an order of protection. The evidence does not preponderate against the Trial Court’s finding of stalking.

The trial court was affirmed. The case was then remanded to the trial court to determine a reasonable award to Woman for her attorney’s fees and costs generated by Man’s appeal.