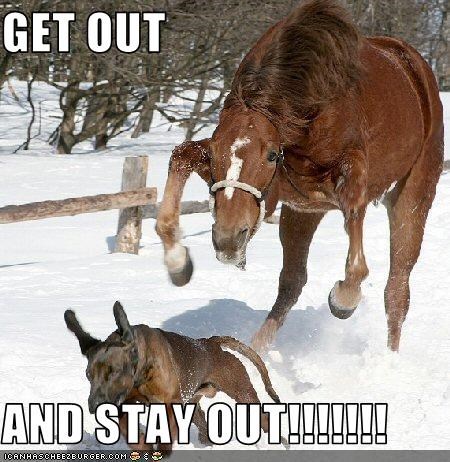 There are a lot of facts in the opinion that are not relevant to the legal issue that interests me. Still, to give you a little perspective, I will note that Father was serving a seven-year sentence for a robbery conviction where the underlying crime was committed after Child was born. When Child was born, Mother tested positive for PCP and admitted using cocaine and other substances while she was pregnant with Child. She also tested positive for cocaine within a month of Child’s birth.

There are a lot of issues raised on appeal but the one that interests me concerns the rule of sequestration, i.e., Rule 615 of the Tennessee Rules of Evidence. The Rule provides, in relevant part:

At the request of a party the court shall order witnesses, including rebuttal witnesses, excluded at trial or other adjudicatory hearing…. The court shall order all persons not to disclose by any means to excluded witnesses any live trial testimony or exhibits created in the courtroom by a witness…. This rule does not forbid testimony of a witness called at the rebuttal stage of a hearing if, in the court’s discretion, counsel is genuinely surprised and demonstrate a need for rebuttal testimony from an unsequestered witness.

The trial court terminated the parental rights of Mother and Father. Mother appealed and, inter alia, raised the issue of whether the trial court erred in permitting and relying on the testimony of the non-sequestered witness.

On Appeal: In a 2-1 decision, the Court of Appeals reversed the trial court.

After reviewing the record, a majority of the Court concluded:

The record shows that Kayla F. was in the courtroom during [Maternal Grandmother’s] testimony on the first day of trial. Rule 615 clearly had been invoked. This presents a problem as Rule 615 exists for a reason. As our Supreme Court has explained: “The purpose of the rule [of sequestration] is to prevent one witness from hearing the testimony of another and adjusting his testimony accordingly.” Mother’s drug use was a central aspect of this case in which her parental rights were challenged. Both [Maternal Grandmother] and Kayla F. testified, in part at least, about Mother’s issues with drugs. The appearance of verification of [Maternal Grandmother’s] testimony by Kayla F. is significant and cannot be ignored. Rule 615 of the Tennessee Rules of Evidence applies to rebuttal witnesses such as Kayla F. While we understand the [Maternal Grandparents’] attorney’s response to the Trial Court’s question as to whether the attorney intended to ask Kayla F. about anything that occurred that first morning of trial when she was in the courtroom and the attorney answered “No,” the record shows that, while Kayla F.’s testimony may well have been offered as rebuttal to what Mother had testified to, Kayla F.’s testimony also clearly corroborated [Maternal Grandmother’s] testimony given while Kayla F. was in the courtroom. None of the exceptions contained in Rule 615 are applicable here. Rule 615 does not set out precisely what is to happen upon a violation of the rule. Regarding violations of the rule: “When a sequestration rule violation is raised on appeal, the court shall consider the seriousness of the violation and the prejudice, if any, suffered by the defendant.” We hold that it was error for the Trial Court to permit Kayla F. to testify, even as a rebuttal witness, when she was present in the courtroom on the first day of trial and heard [Maternal Grandmother’s] testimony which then was corroborated, at least to some extent, by Kayla F.’s testimony.

The trial court’s judgment terminating the parental rights of Mother and Father was reversed and the case remanded for a new trial.

I respectfully disagree with the majority’s decision to disregard the testimony of Kayla F. and would uphold the consideration of the testimony because any violation of Rule 615 was minor and did not cause prejudice. See generally State v. Reid, No. M2011-02753-CCA-R3-DD, 2008 WL 23021393, at *45 (Tenn. Crim. App. Dec. 29, 2003) (refusing to strike the testimony when the violation was minor and did not cause prejudice), aff’d by State v. Reid, 164 S.W.3d 286 (Tenn. 2005). Kayla F. merely confirmed what was apparent from the record and admitted by Mother, namely that Mother’s dependency issues persisted.

Chattanooga Termination of Parental Rights Reversed in 2-1 Decision for Evidentiary Error: In re Johnny K.F. was last modified: October 2nd, 2013 by K.O. Herston