Grandparents in Tennessee are statutorily entitled to visitation rights with their grandchildren under certain circumstances. Over the past few years, the Court of Appeals has attempted to clarify when these grandparent visitation rights may and may not be granted. 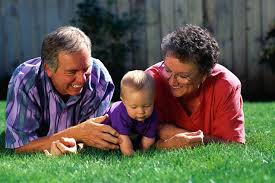 A grandparent is not required to present the testimony or affidavit of an expert witness in order to establish a significant existing relationship with a grandchild or that the loss of that relationship is likely to occasion severe emotional harm to the child. Instead, the court must consider whether the facts of the particular case would lead a reasonable person to believe that there is a significant existing relationship between the grandparent and the grandchild or that the loss of the relationship is likely to cause severe emotional harm to the child.

If a person other than a relative or step-parent adopts a child, any visitation rights awarded to a grandparent will automatically end.

Parent in military service. Tenn. Code Ann. § 36-6-308 addresses the assignment of visitation rights to a legal or biological relative while a parent is out-of-state on active duty military service.

The statute permits a parent, who (1) has been granted court-ordered visitation with a child (or children) and (2) has been called to active duty military service which requires the parent to be out-of-state for at least 90 days, to petition the court for a temporary assignment of the parent’s visitation rights to a legal or biological relative or relatives. The petition must include a proposed visitation schedule with the relative(s) that may not exceed the visitation time granted to the parent at the time of the filing of the petition.

The Court of Appeals affirmed the trial court, holding that a parent opposes visitation, in the context of a grandparent visitation suit, when “visitation is denied totally and when visitation is technically not opposed, but where the frequency and/or conditions imposed by the parents on the visitation are such that it equates to a denial of visitation.”

Visitation reversed. The Court of Appeals has reversed awards of visitation to grandparents.

In a similar case, the Court of Appeals held that the trial court erred in granting the maternal grandparents’ petition for visitation with their grandson when undisputed testimony at trial by the parents was that they did not oppose visitation by the grandparents. The Court of Appeals held that Tenn. Code Ann. § 36-6-306 cannot be used by grandparents who think they are entitled to more or different visitation with a grandchild in the absence of a finding that the child’s parents actually or effectively “opposed” the visitation. Huls v. Alford (Tenn. Ct. App. Oct. 22, 2008).