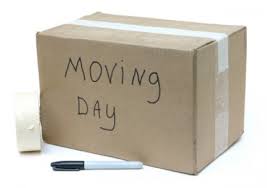 Facts:  Upon divorce, Mother was named primary residential parent of parties’ minor children.  Father had regular parenting time on alternating weekends, every Tuesday, and the summer/holidays.  Mother’s highest annual salary had been $27,000/year.  Mother was able to obtain a job in Colorado, where the parties resided during the early part of the marriage, paying $45,000/year.  Mother filed petition to relocate to Colorado with the children and proposed an alternate parenting plan that provided Father with additional parenting time largely concentrated on times when the children were not in school.  Father filed a petition to change custody, alleging that Mother “has systematically worked to alienate the bond between the Father and the minor children.”  The trial court denied Father’s petition to change custody and granted Mother’s petition to relocate.  Father appealed.

The Court of Appeals affirmed the trial court’s decision.  Because the parties did not spend substantially equal time with the children, the trial court correctly applied Tenn. Code Ann. § 36-6-108(d)(1), which states that the court must permit the parent with substantially more parenting time to relocate with the minor children unless the court finds that:

(A) The relocation does not have a reasonable purpose;

(C) The parent’s motive for relocating with the child is vindictive in that it is intended to defeat or deter visitation rights of the non-custodial parent or the parent spending less time with the child.

The Court of Appeals affirmed, stating:

Regarding Father’s claim of a vindictive motive, the Court noted Mother’s “proposed post-relocation parenting plan (adopted by the trial court) allows Father almost the same number of visitation days as did the previous plan.  Father would have regular parenting time with the children only one weekend a month during the school year, but would have five weeks during the summer.”

This case demonstrates the difficulty in successfully objecting to a proposed relocation.