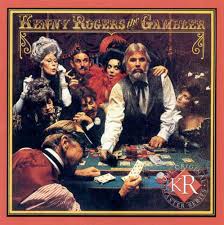 Facts: Husband purchased home in 2001 for $255,000.  In 2006, Husband married Wife and they used his home, which was then valued at $300,000, as their marital residence.  The parties divorced after three years of marriage.  Wife was awarded $25,000 for her share of the marital appreciation of Husband’s home.  Husband appealed.

The Court of Appeals reversed the trial court.

An increase in value during the marriage of property determined to be separate property will be classified as marital property if each party substantially contributed to its preservation and appreciation.  Tenn. Code Ann. § 36-4-121(b)(1)(B).  However, the statute does not permit the conclusion that any increase in value during marriage constitutes marital property.  The increase in value constitutes marital property only when the spouse has substantially contributed to its preservation and appreciation.  To qualify as “substantial,” a contribution must satisfy two requirements.  First, the contributions must be “real and significant.” Second, there must be some link between the spouses’ contributions and the appreciation in the value of the separate property.

Husband further testified that he made “substantial improvements” to the home prior to the marriage, but that no improvements beyond “general maintenance” were made after the marriage. Husband also testified about Wife’s contributions, or lack thereof. He claimed that she “started out as keeping [his] house[, but that] she got so lazy, [that he] had to hire somebody to do the house.” According to Husband, in 2007 and 2008, Wife worked for Husband . . . keeping his books and paying his bills, earning from $100.00 to $300.00 per week. In 2008, she also made and sold crafts, and worked for her aunt earning $10.00 per hour. However, Husband testified that Wife “spent every penny she made on drugs[,]” even stealing money from him while he slept. He further testified that Wife “never brought any groceries or [any]thing[,]” nor did she make any monetary contributions towards the mortgage payment or any household bills.

Wife stipulated to the accuracy of Husband’s recitation of the facts, thereby conceding there was no proof in the record to satisfy the statutory requirements necessary to entitle her to an equitable share of the marital appreciation.  Under the circumstances, she did not have much of a chance on appeal.  The trial court simply got it wrong, as they sometimes do.

Fact probably of interest to no one but me: The Opinion says Husband is a “professional gambler.”  It looks like he rolled “snake eyes” on this appeal!